Free shipping on orders over $75!

Creating an account with us will automatically sign you up for our rewards program which allows you to earn points for both in-store and online purchases! Stay in touch with the most up to date information and access special discounts and birthday treats! You will also be able to check out faster in the future, store multiple addresses, view and track your orders in your account, and more! 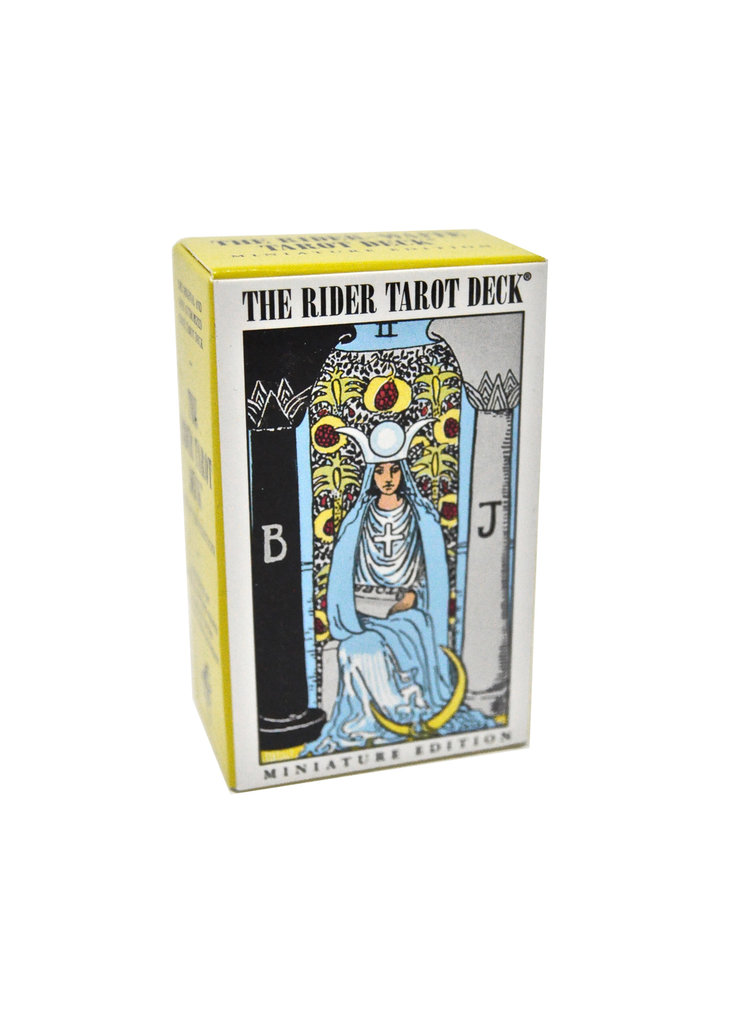 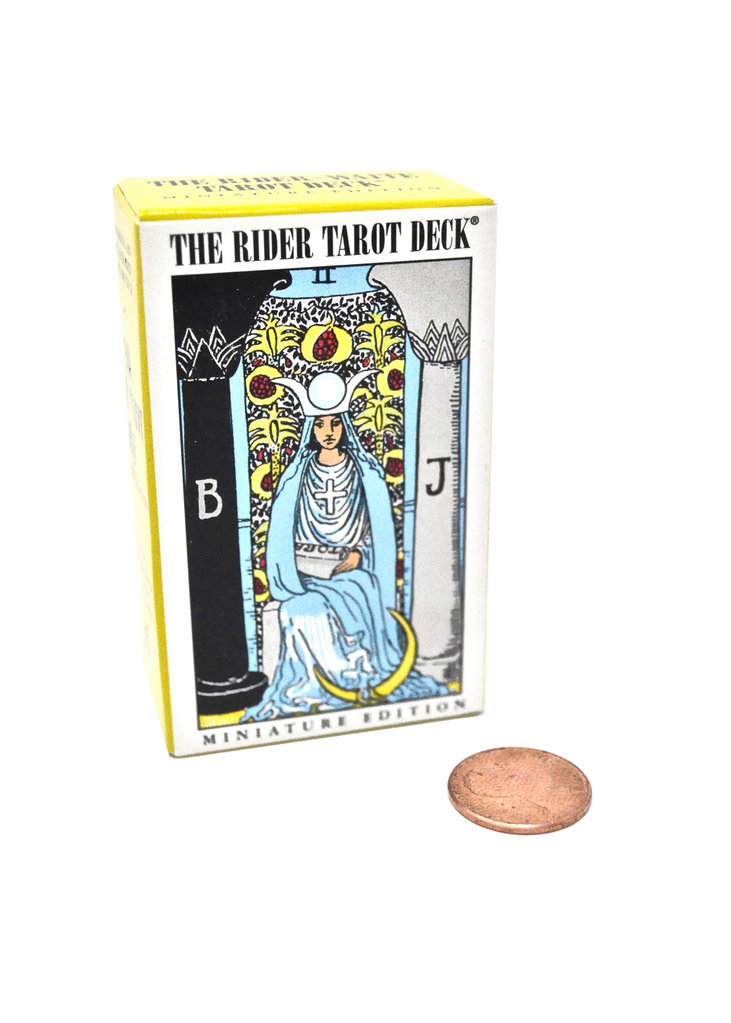 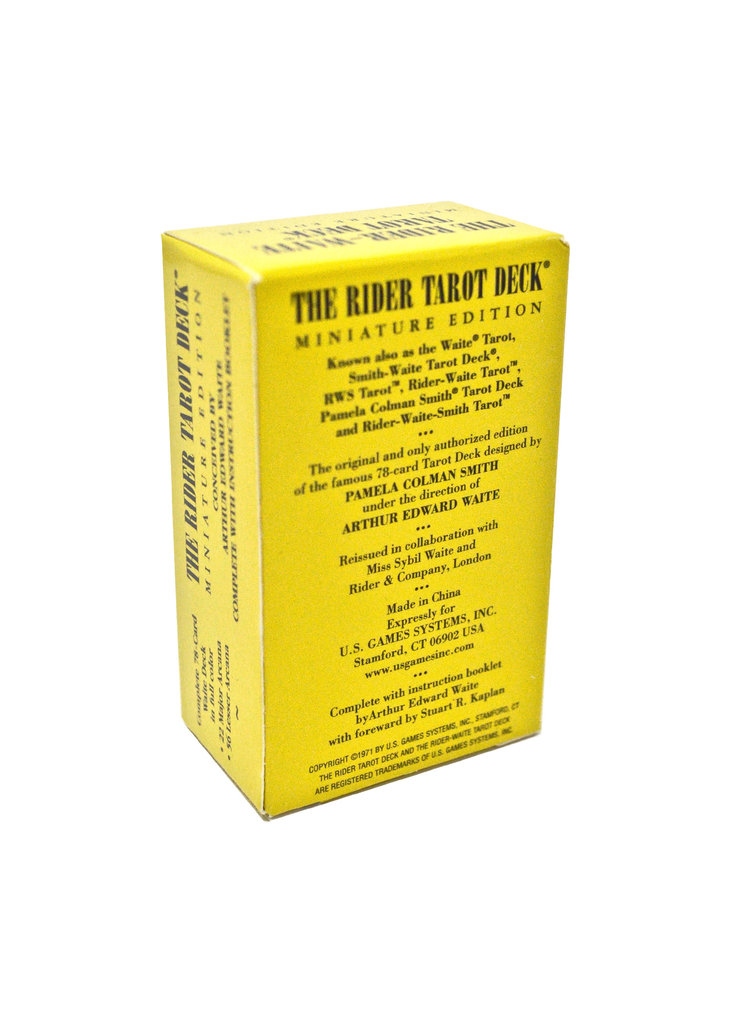 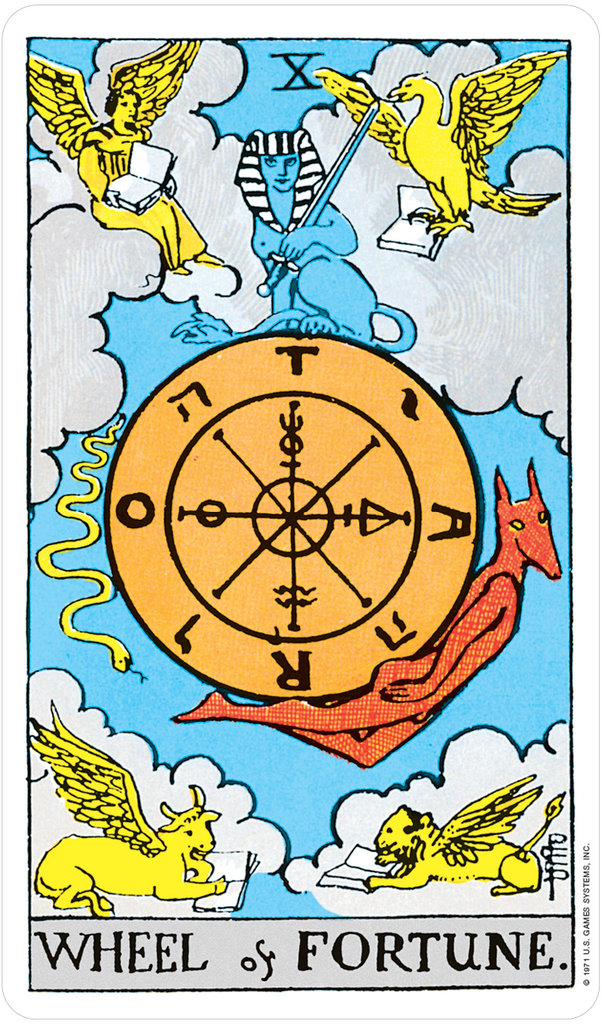 $16.50
A mini version of the classic deck that has long been a favorite of beginners as well as tarot enthusiasts.
Share this product:

Rider-Waite Tarot has set the standard for hundreds of other tarot decks, which follow the archetypal images created by Pamela Colman Smith in 1909 under the direction of Arthur Edward Waite. This edition includes Smith’s original hand drawn titles.

"A unique feature of the Rider-Waite deck, and one of the of the principal reasons for its enduring popularity, is that all of the cards, including the Minor Arcana, depict full scenes with figures and symbols. Prior to the Rider-Waite Tarot, the pip cards of almost all tarot decks were marked only with the arrangement of the suit signs -- swords, wands, cups, and coins, or pentacles. The pictorial images on all the cards allow interpretations without the need to repeatedly consult explanatory text. The innovative Minor Arcana, and Pamela Colman Smith's ability to capture the subtleties of emotion and experience have made the Rider-Waite Tarot a model for the designs of many tarot packs." -- (from The Encyclopedia of Tarot, Volume III)

Rider-Waite Tarot was named one of the Top Ten Tarot Decks of All Time by Aeclectic Tarot.